Forbear! is a London-based professional theatre company known for producing innovative Gilbert and Sullivan shows with precise singing and excellent choreography.Since forming in June 2015, we have performed the Baron’s Court Theatre in West London, Ettington Park Opera, and to great praise at the annual International Gilbert and Sullivan Festival. 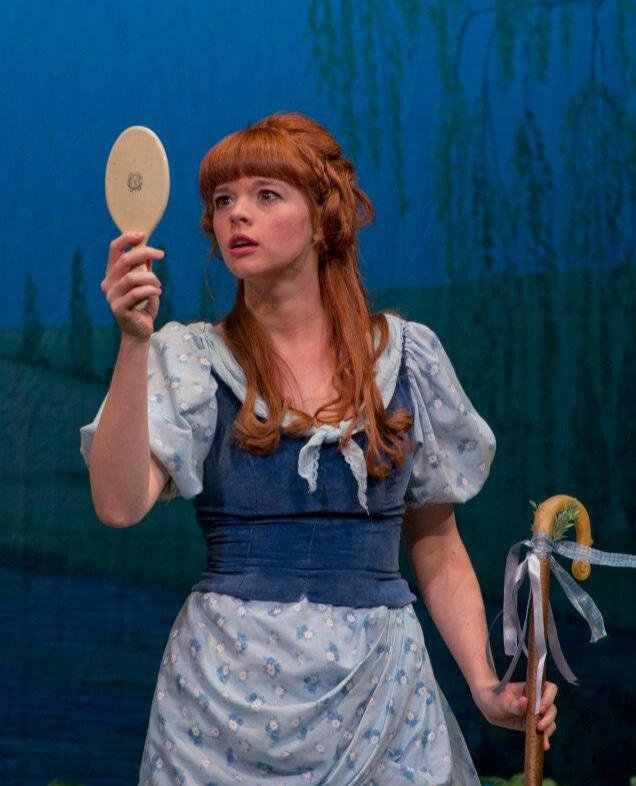 Rachel Middle - Artistic DirectorRachel Middle was brought up in Cardiff and Birmingham, before going to the University of St. Andrews to study Mediaeval History and Philosophy. It was here she discovered her love of Gilbert & Sullivan. She then completed a Masters in Musical Theatre at the RCS in Glasgow (formally RSAMD).Since graduating in 2010, Rachel has had a wide array of performing opportunities, including a role in the Olivier Award-winning ‘La Boheme’ at the Kings Head Theatre and the Soho Theatre and numerous European Shakespeare tours with TNT Theatre. In 2014, Rachel won Best Female Performer at the International Gilbert & Sullivan Festival for her role as Mercury in ‘Thespis’. It was in this production where she first worked closely with William Remmers, who quickly became the musical side of Forbear! Theatre.In addition to eleven fully-staged Gilbert & Sullivan productions with Forbear! Theatre, Rachel has directed 'HMS Pinafore' for the National Gilbert and Sullivan Opera Company, and has led Gilbert and Sullivan masterclasses for the London School of Musical Theatre. One of Rachel’s life goals is to ensure that nobody forgets the works of Gilbert and Sullivan, which she considers to be one of the few things British people have to be proud about as a nation, along with Marmite. 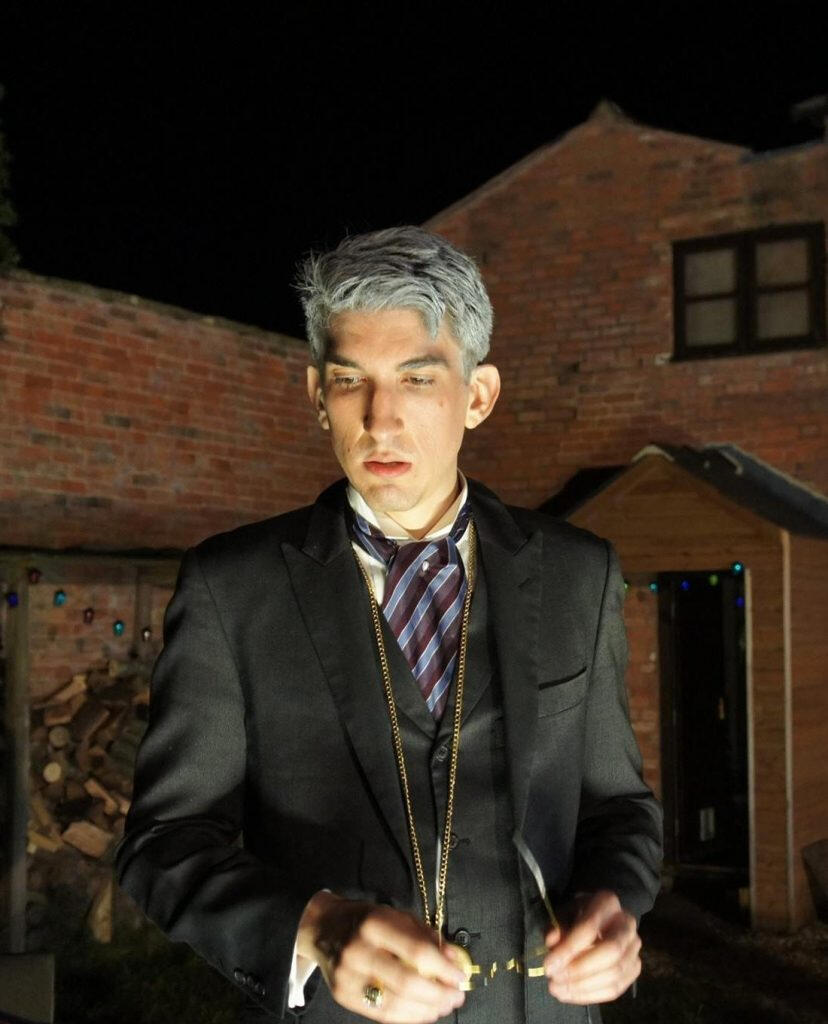 William Remmers - Musical DirectorWilliam Remmers is a performer, director, conductor, composer, orchestrator, writer, coach, dramaturg, filmmaker, pianist, guitarist, percussionist, translator, and supertitle designer for hire.Mr. Remmers founded NYC’s Utopia Opera in 2011 and serves as its artistic and musical director. In this capacity, he was featured on the cover of the August 2016 issue of Opera News as one of the “Game Changers” in New York’s indie opera scene, also receiving the notice of New York Observer and The New Yorker.His conducting has been described as “rousing and empathetic” (Opera News) and with “an attention to detail match[ing] his daring in choice of repertory” (Parterre Box). His repertoire includes productions of Falstaff, Ariadne auf Naxos, The Ballad of Baby Doe, The Rape of Lucretia, Cendrillon, Don Quichotte, Susannah, Hydrogen Jukebox, L’italiana in Algeri, Der Freischütz, Pagliacci, Martha, L’enfant et les sortilèges, and almost all of the G&S canon.As a singer and actor, his favorite past roles include Sganarelle (Le médecin malgré lui) and Le Dancaïre (Carmen) as well as over sixteen roles in G&S operas. In 2014, he received the Best Supporting Actor award at the International G&S Festival for his role as Sillimon in SavoyNet’s production of Thespis.Visit utopiaopera.org and williamremmers.com for more information.

The Yeomen of the Guard

Send us an email using the form below. We'd love to hear from you!

In January 2018, Forbear! put on an eight-person production of The Grand Duke in the Baron’s Court Theatre. We were lucky enough to have acclaimed film director Mike Leigh in the audience, who said the following about the show:“In their hilarious and endlessly inventive production of ‘The Grand Duke’, the Forbear Company bring to Gilbert and Sullivan a unique youthful freshness. This, combined with sophisticated wit and impressive theatrical and musical professionalism, not only breathes new life into this neglected show, but in doing so reveals it to be as funny, anarchic and tuneful as any of its more famous siblings, if not more so.”Cast:
Rudolph (The Grand Duke of Pfennig Halbpfennig) - Roland Harrad
Ernest Dummkopf (A theatrical manager) - Samuel Wright
Ludwig (His leading Comedian) - William Remmers
Dr. Tannhuser (A Notary) / The Prince of Monte Carlo - David Jones
The Princess of Monte Carlo (Betrothed to Rudolph) - Joanna Goldspink
The Baroness Caroline von Krakenfeldt (Betrothed to Rudolph) - Isabelle Paige
Julia (An English Comedienne) - Rachel Middle
Lisa (A Soubrette) - Aimée Daniel

The Friends of Forbear! are our valued patrons, who support us financially and contribute to our future projects.

Forbear! Theatre are proud to be completely independent, enabling us to keeping the works of Gilbert and Sullivan alive and fresh for a new generation with our unique approach to the material. The production team come from a professional musical performance background and have an extensive academic appreciation of the material, and we never shy away from reaching out for clarification from experts if needed. We directly study the text and reflect the beauty of the music through movement, while capturing as much of Gilbert's infectious joy and absurdity in the process. Topsy-Turvy it may be, but we take these pieces incredibly seriously. 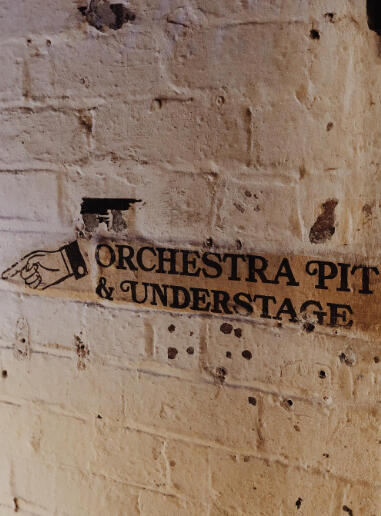 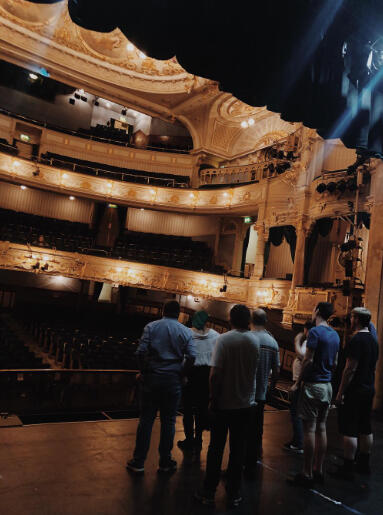 We are committed to providing opportunities to people from more than just a classical background; in the past we've used musical theatre singers, actors, dancers and comedians. Our company is inclusive for people of all genders, orientations, any neurodivergence, and is committed to becoming more racially diverse in the future as we expand. Therefore our number one priority is our performers' comfort and satisfaction with their working conditions, which is dependent on them receiving a fair wage.The generous donations of the Friends of Forbear! allow us to do just that, and all funds beyond this simple goal pay for costumes and sets of a standard that mean can stand amongst the best when it comes to Gilbert and Sullivan productions.

If you wish to become a Friend of Forbear!, help us allow our dedication and joy to shine through, and help the works of Gilbert and Sullivan survive long into the future, get in touch via our contact page.